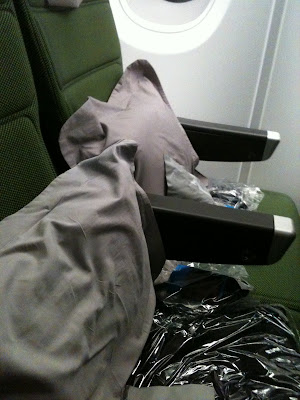 It's taken me awhile to post of my epic trip to Australia. The trip was the best of my life. I made new friends and reunited with friends I met when I taught there in 2010. I taught two art classes and was blessed with amazing students. I saw animals in the wild that I had never seen before outside the zoo. And the food...and the wine...world class. But the reason it's been so hard to post is that I am missing Victoria and all her folks who I came to know and admire...I had such a hard time leaving, and if I could, I would go back and stay.

I left in the evening on September 16 and arrived in Melbourne two days later, even though the flight from the west coast was only 1500 in duration. I flew Qantas Air this trip at the recommendation of my seat mates on my last flight. They said Qantas had good food and good customer service. And they do. Great food. Free wine. Flight attendents with smiles on their faces. When you get to your seat, there is a blanket, headphones, toothbrush, toothpaste and a pillow waiting for you. Touchscreen TV/movies/games in the seat in front of you. And even though I was in the aisle seat, the food cart didn't even hit me once.

I arrived in the morning and began my slow trek through customs. Smiles all around. No worries. No stress. The biggest stress I had was how to manage my four bags by myself until I could get out of customs. And when I did, dear Eva was waiting for me, just as she was there the first time. We loaded everything in the car, shopped for groceries and headed to her house in the foothills of the Dandenong Range. I managed to stay up for awhile to settle in, but after almost 24 hours of being awake, I eventually collapsed into deep sleep. 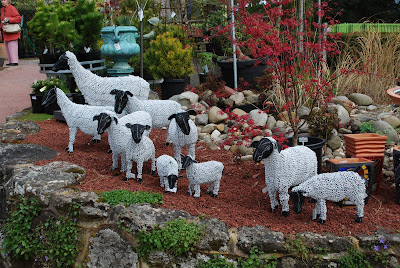 In the morning, Eva had a treat for me. We drove up into the hills to visit Cloudhill Nursery. A garden center with an attached formal garden, it was a delight to behold. We walked the grounds for hours, before touring the amazing garden shop full of art. 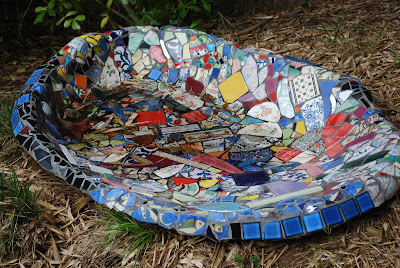 There was beautiful art through the grounds, all of which was for sale, such as this mosaic pond. 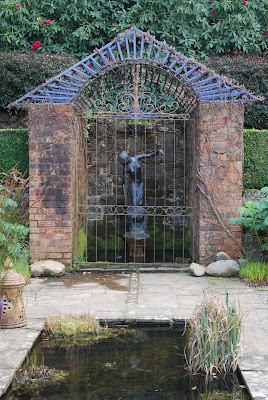 A reflection pool filled with koi. So peaceful and serene. 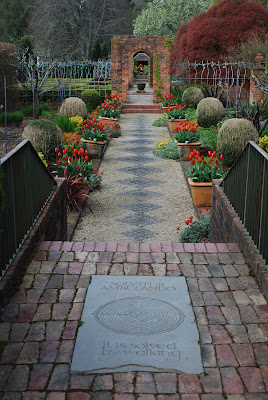 A stone in the path stated, " It is solved by walking." 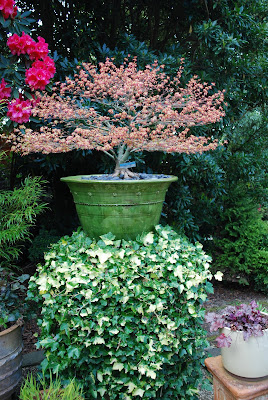 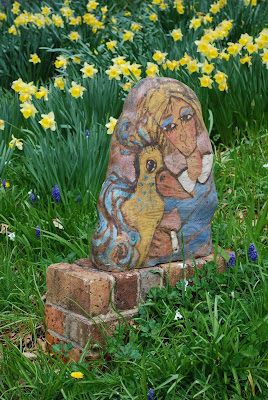 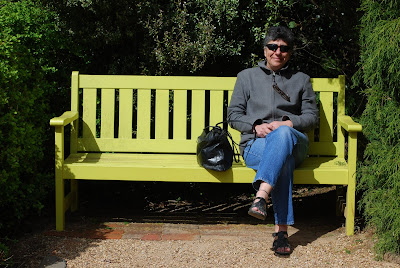 Eva resting in one of the colorful benches throughout the garden. 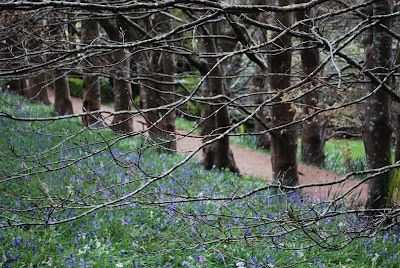 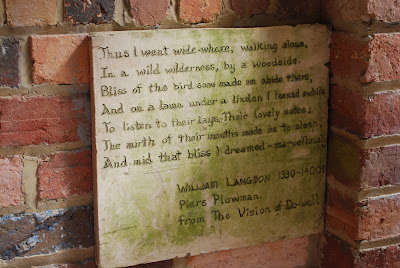 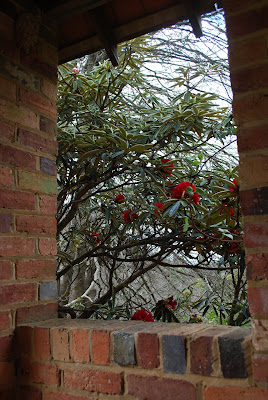 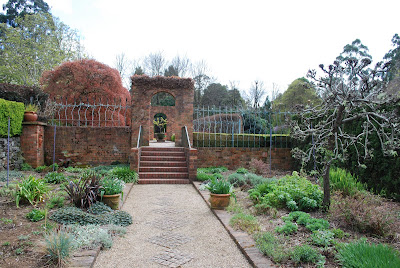 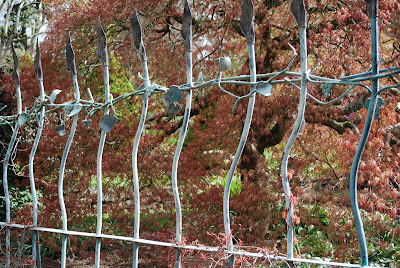 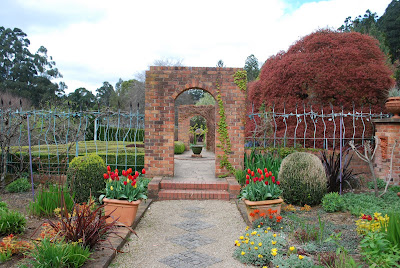 It is spring in Australia and so lovely to see spring bulbs in full bloom and lilac bushes blooming. 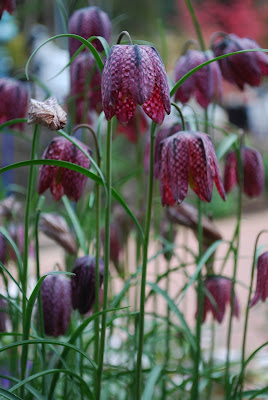 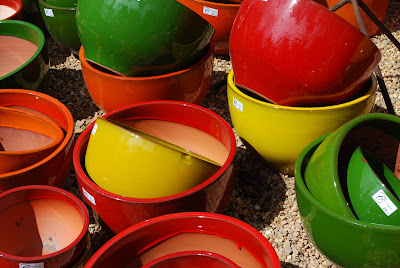 We left the nursery and stopped at Pie in the Sky for a delicious meat pie. I could not wait to have one again. They are SOOOO delicious. 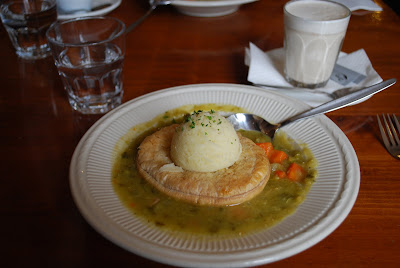 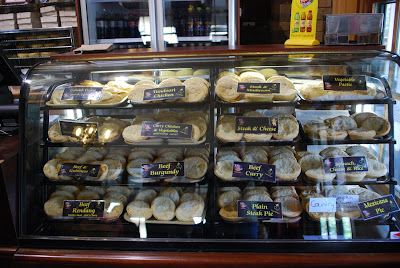 And so many flavors to pick from...my favorite was lamb seasoned with rosemary and a curry pie. And sausage in a biscuit. We shopped the quaint stores of Olinda and Sassafras. I want to live in Sassafras someday...and have tea at Miss Marples, explore the colorful yarns of Sassafras Wool and relax in the ambience of the Oracle. Had a lovely conversation with a young man just starting down the path of becoming a professional photographer and a political discussion with an expatriot from Minnesota, who has lived there many years but never lost his American accent.

We slowly headed home, stopping to meet Eva's friends that live nearby and watched a bit of Aussie football. Now that's an exciting game. Don't think I'll be as enthusiastic about our football after seeing that. Eventually it was home and to sleep, to get ready for day two, Victoria Market and the city of Melbourne. 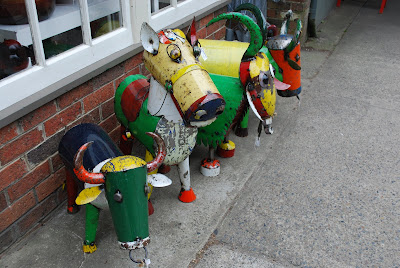 Today I woke to the laugh of a kookaburra, perched in the tree outside my bedroom window. Every note of his lunatic laugh sending shivers of delight down my spine. Each morning, I am greeted by the haunting, hollow tones of the Australian magpie, whistling and warbling words in a language known only to him. The trees here, green and lush with the promise of summer coming, are filled with the exotic symphony of birds strange to my ear, but who fill my heart with happy song. Although I am on foreign shores, I feel as if I've found home.
Posted by Jan Harris Smith at 5:14 PM 4 comments: 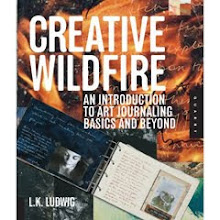 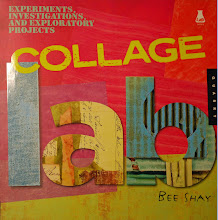 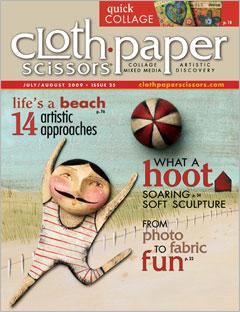